Enjoy these wonderful autumn and fall recipes using your vegetables from your garden. You can share these Thanksgiving recipes & Thanksgiving history with your family. 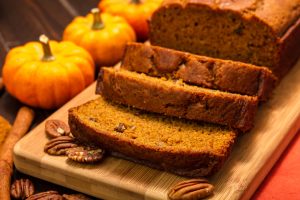 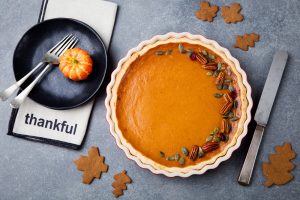 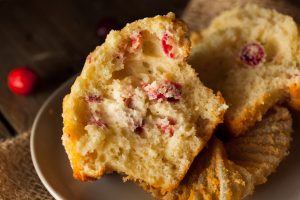 The United States will observe Thanksgiving Day on Thursday, November 28th, 2019. Almost all government buildings are closed on Thanksgiving, and most businesses are closed as well.

Thanksgiving has two meanings: 1) to give thanks, especially to God, for our prosperity of the past year, or 2) an annual American holiday commemorating the First Thanksgiving Feast of the Pilgrims, which they celebrated in the fall of 1621 in Plymouth, Massachusetts, after having suffered tremendous hardships. It was a symbolic turning point for the Pilgrims.

The real history of Thanksgiving Day

There are reports of “thanksgiving-like” events held by Spanish, French, as well as English colonists in North America before the Pilgrims. Days were sometimes called and set aside for prayer and worship to express gratitude for successful harvests, good weather, military victories, etc.  None of them are reported to have been regular annual events. Instead, some were intended to be weekly events, while others observed only once. Many of the parties that purportedly observed at least one “Thanksgiving Feast,” only existed for a few years and then either abandoned their colonies or were killed or driven out. The enduring American Thanksgiving holiday comes from the Pilgrim Thanksgiving of 1621.

What is the story behind Thanksgiving?
Why did the Pilgrims leave from Europe, and what were they hoping to accomplish in the New World?

Jamestown was an English colony founded in Virginia in 1607, but it was not settled as a community for people to live and eek-out a living the way they saw fit. It was a for-profit company camp, founded by The London Company, and it’s population more closely resembled employees than settlers. The Pilgrims, on the other hand came for religious freedom. They were Separatists. Some define that to mean that they believed their church organization should be completely separate from the government. Others define it to mean that they wanted to separate themselves from the Church of England. Ultimately though, both notions result in the same end—in England, they were not allowed to worship God according to the dictates of their own heart, so they left. The Pilgrims were not employees of the company, instead, they were settlers who agreed to repay the financial backers of their passage.

What problems did they face upon arrival and settlement?

In November of 1620, the Pilgrims arrived and settled Plymouth, Massachusetts, after having signed the Mayflower Compact before disembarking from their ship off the coast. The Compact was an agreement among the settlers to mutually support one another. Their voyage was sponsored by the Plymouth Company. Though their main motivation as individuals was to come to a new place to live and worship God the way they wanted, the Pilgrims were settlers who were expected to pay back the company in trade goods sent back to England.

Before the Pilgrims left the Old World, their merchant sponsors in London wrote a contract that called for everything they produced to be stored in a common storehouse with each member of the commune entitled to a common share. Their houses, lands, and improvements were all owned in common by the commune. Everyone owned everything, and at the same time, each person owned nothing for himself. As a result, half the people didn’t carry their weight.

Thanksgiving facts that are important, but not shared frequently.

By March, most had died from starvation, illness, and exposure. All three of those causes of death could have been mostly avoided had they possessed more resources. By the end of the first winter, their leader, John Bradford, recognized that their communal lifestyle was at least partly to blame for the tremendous hardships. Bradford’s own words illustrate their common understanding (after the fact) of the hindrance to work and individual exertion created by the communal arrangement. He summed it up by saying that one cannot be expected to do his best work without incentive. Therefore, he made a big change.

They dismantled the communal order and instituted private property, and in his own words, “..made all hands industrious, so as much more corn was planted than otherwise would have been.” He assigned a piece of land to each family to work and manage as they saw fit, and declared that they could keep the bulk of what they produced. This, coupled with the helpfulness of two natives who taught them how to plant, harvest, and hunt, marked a turning of the tide for the Pilgrims.

What did the Indians teach them to grow? According to several historical records, they taught the Pilgrims the complete, step-by-step process for growing corn. The Pilgrims called it Indian Corn.

The following late summer or fall, the Pilgrims had such a surplus of food and overflowing gratitude that they hosted the Indians for a large feast. Around 90 of the Wampanoag Indians arrived with five slaughtered deer, and together with around 45 Pilgrims, they had a largely spontaneous three-day outdoor event, which included military-like drills, competitions & contests, and the feast that we call the first Thanksgiving. Whether the Pilgrims called it a thanksgiving feast is not known, nevertheless, the feast was a stark contrast to the sad events of the preceding winter. They were thankful to God, to the Indians, and to all things that came together to bring prosperity. That’s what Thanksgiving really means.

What did they eat on the first Thanksgiving?

Theories on what they may have eaten are partly based on written records from some who attended, as well as scholarly studies on what they ate on other occasions. The possible dishes include: roasted waterfowl like goose and duck and perhaps other poultry like turkey or swans or passenger pigeons or maybe even eagles or cranes, stuffing made with onions & herbs & chestnuts, dried corn, porridge, venison, lobster, clams & mussels & other shellfish, fresh and dried fruits & berries, eels, Indian tubers like turnips, stewed pumpkin and/or pumpkin bread, beans, carrots, meat pies, fish pies, boiled and/or roasted squash, cod, striped bass, bluefish, vegetable and meat stew, cornbread, acorns & other nuts, all washed down with water and/or beer made from barley.

The first several Thanksgivings consisted of what?

Though it may not have been strictly observed every single year since 1621, it was observed irregularly off and on, and then grew more and more regular. Most of the “Thanksgivings” in these first decades were observed for various different reasons or specific causes pertaining to important issues to the residents of the various colonies and communities. Thanksgiving gradually evolved towards a more general, standard meaning for most, and within a few decades, it became an annual fall observance in several English colonies in New England. By 1670, the English controlled all of the Atlantic coast from Maine to Florida, and by 1700, Thanksgiving was spreading over most of that region.

More than 150 years after the first Thanksgiving, after an important victory over the British, The Continental Congress and General George Washington made a proclamation declaring Dec. 18, 1777, to be a national day of Thanksgiving for the victory. Most recognize that as our first nationally declared Thanksgiving.

Thanksgiving gained more prominence a few years later when, according to The Mount Vernon Ladies’ Association, in 1789, Congress requested “President Washington to declare a thanksgiving observance in honor of the creation of the new United States Constitution.”

Washington then issued the “proclamation on October 3, 1789, designating Thursday, November 26 as a national day of thanks.” He slightly augmented the original intent, and said it was necessary to have such a day to give due recognition to “the Almighty’s care of Americans prior to the Revolution, assistance to them in achieving independence, and help in establishing the constitutional government.”

Why is Thanksgiving always on a Thursday?

There is no fixed Thanksgiving date. The Old Farmer’s Almanac explains, “Since George Washington’s time, Thursday has been the day, and this was solidified by Abraham Lincoln’s proclamation in 1863 designating the national day of Thanksgiving to be the last Thursday of November. Later, that was amended to the fourth Thursday in November.”

What to do for Thanksgiving

Consider creating a new Thanksgiving tradition for your family. It doesn’t have to be elaborate; the simpler the better. You might consider playing board games or card games. Maybe shout-out a Thanksgiving quiz, an American history quiz, or a family history quiz. Perhaps you can turn on the video recorder after everyone is done eating and share stories about the best thing or most interesting thing that happened in your life this year, or just anything interesting. If you have little ones in the group, they can do skits, perform tricks, tell jokes, or do a speech or musical presentation. Getting these recorded will be a very inexpensive treasure for your posterity. Consider creating a Thanksgiving posterboard whereon you can put photographs of everyone in attendance from each year. Maybe each board can represent a two or five year period. As the years roll on, these will become an anticipated part of Thanksgiving for many.

Some Americans go out and serve the community, maybe at a homeless shelter or a soup kitchen. George Washington donated to those in jail on Thanksgiving Day in 1789, so they might count their blessings and brighten their hope for a better future. The main event for most Americans, though, is the dinner.

You can invite the family to your house for an afternoon and evening of great food and drink, good fun and conversation, and warmed hearts. Don’t forget to include the shut-ins and those who don’t make themselves known very much. It’s also a good time to consider any who don’t have loved-ones with whom to share the evening; you might consider inviting at least one of them. Maybe you can ask all who come to your house to prepare just one dish to bring to the dinner, thus giving them an opportunity to serve, to make their own contribution. Some groups have a prayer before dinner, others don’t. Most dining rooms aren’t large enough for everyone, so diners often spill-over into the living room. Some turn on Christmas movies to watch, while others only have music playing, so as not to interfere with conversations.

What do we eat for Thanksgiving Dinner?

Why do we have Thanksgiving?
Why we should be grateful to our forefathers and to God for settling this land?

Why do Americans celebrate it anyway; why do we celebrate Thanksgiving Day? We celebrate it, because it helps us to “put on the table” our gratitude—thankfulness to God, to our loved ones, and to others in the community. It reminds us that if we aspire to “..secure the Blessings of Liberty to ourselves and our Posterity..”, then we must remain true to the principles that allowed the Pilgrim’s first Thanksgiving to take place. Specifically, we must protect the heritage not only of our Founding Fathers, but also of the Pilgrims, who created a culture wherein each of us is allowed to exert our effort, to struggle and partner with God in answering our prayers, and subsequently, to keep the fruits of one’s sacrifices. Then, if we are fortunate, God and providence may unlock the windows of Heaven and give us cause to rejoice with Thanksgiving. That’s essentially the real meaning of Thanksgiving Day.

Happy Thanksgiving 2019 from the folks at Nursery Enterprises! 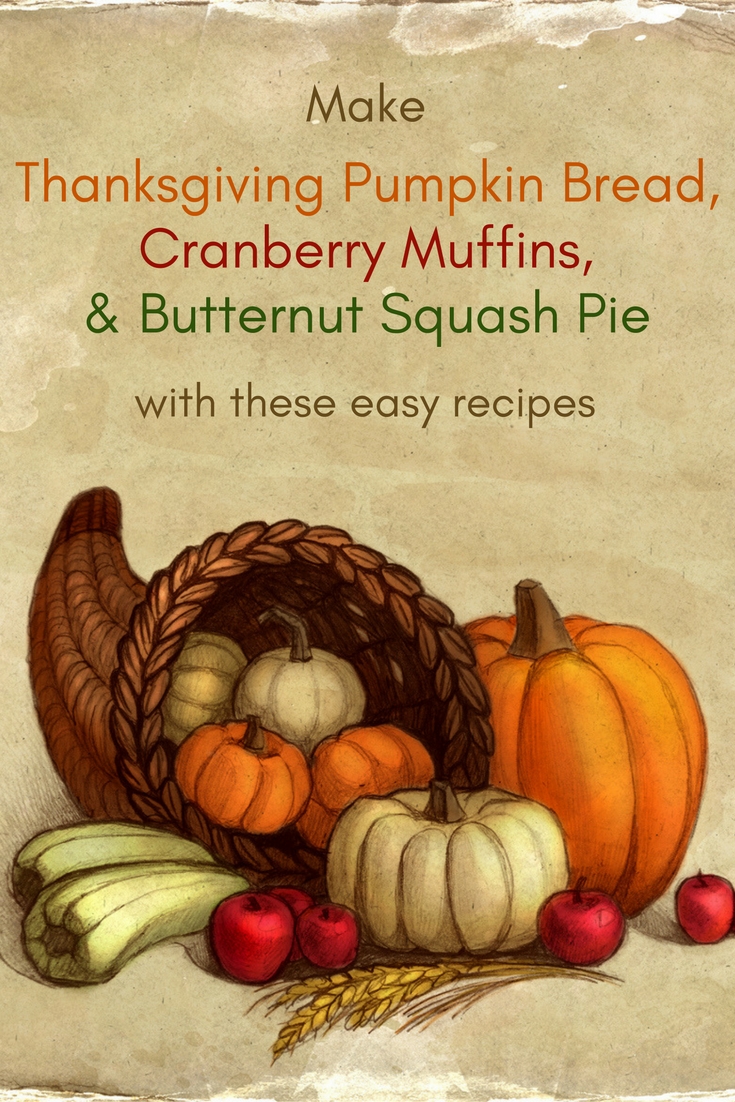 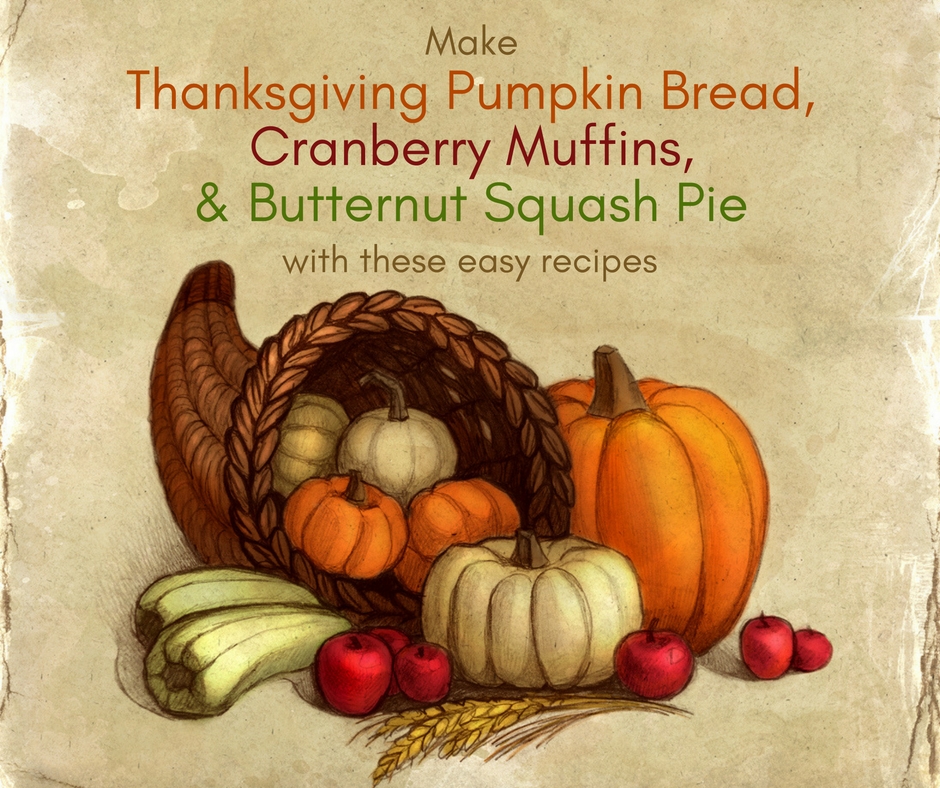 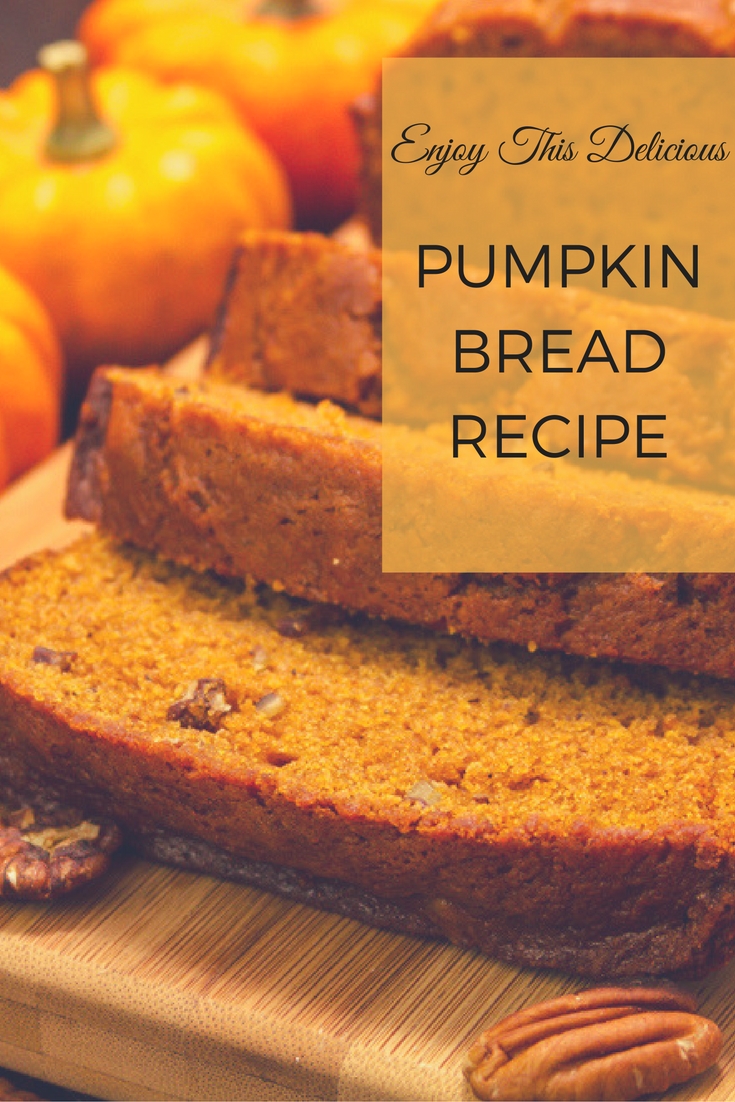 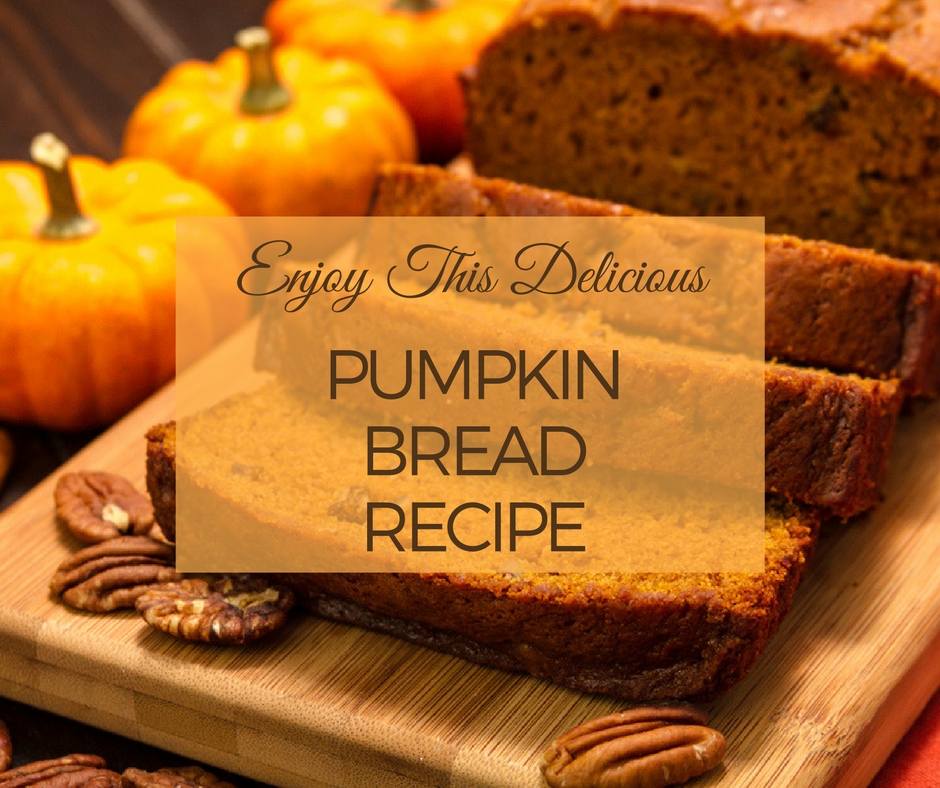 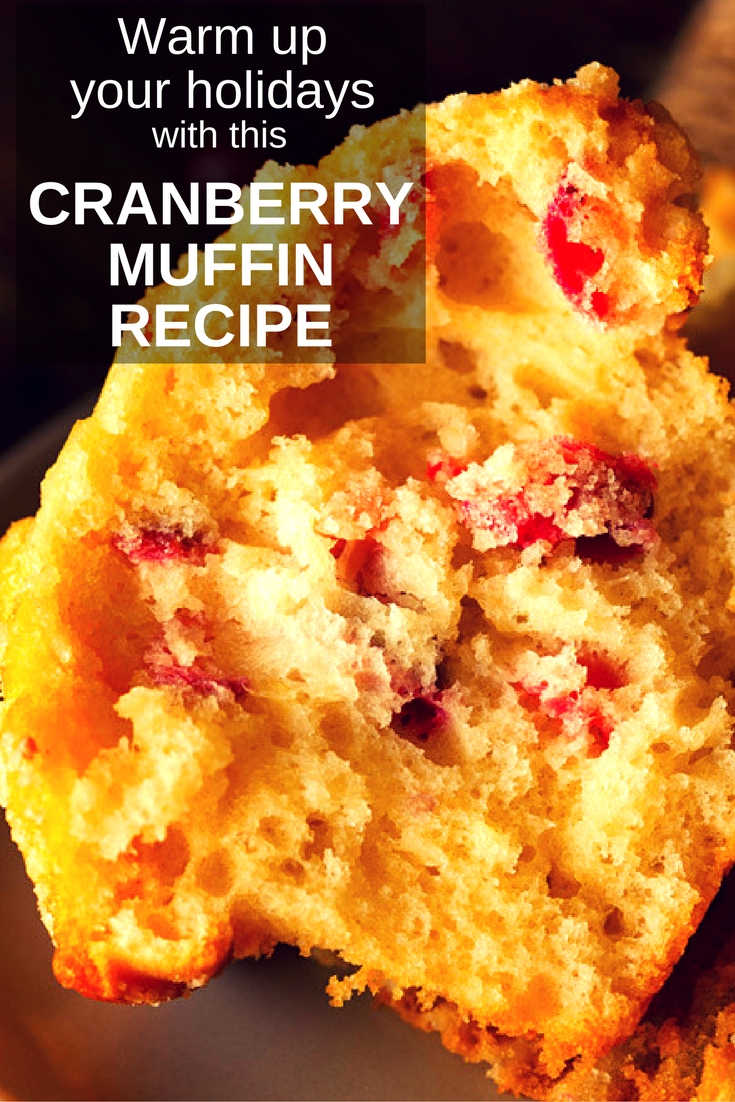 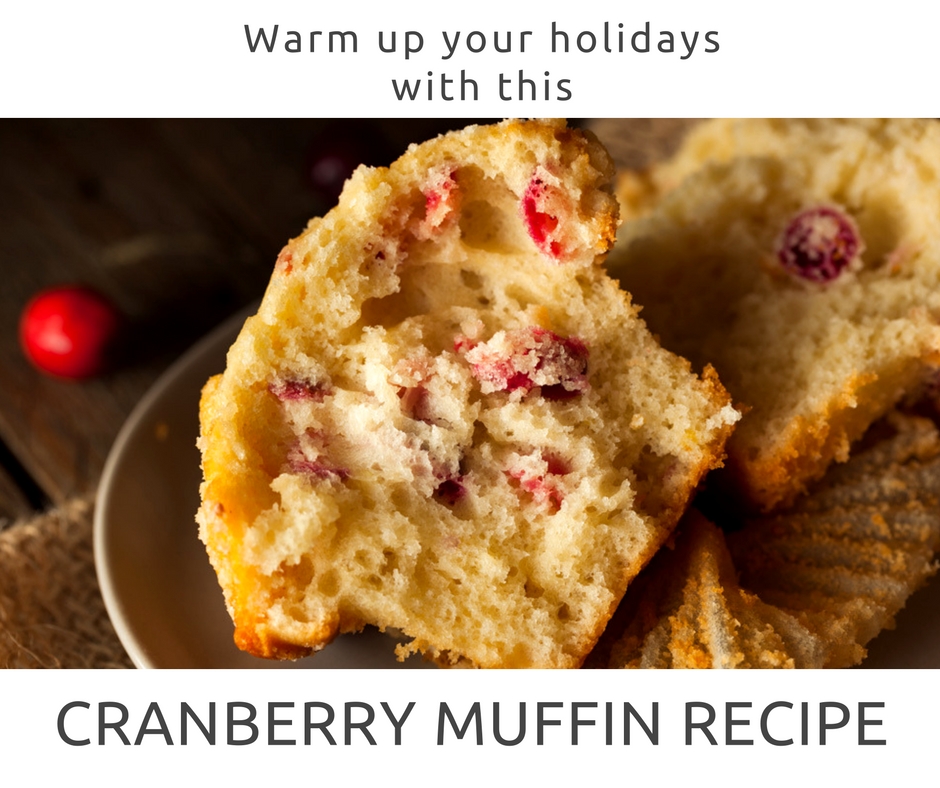 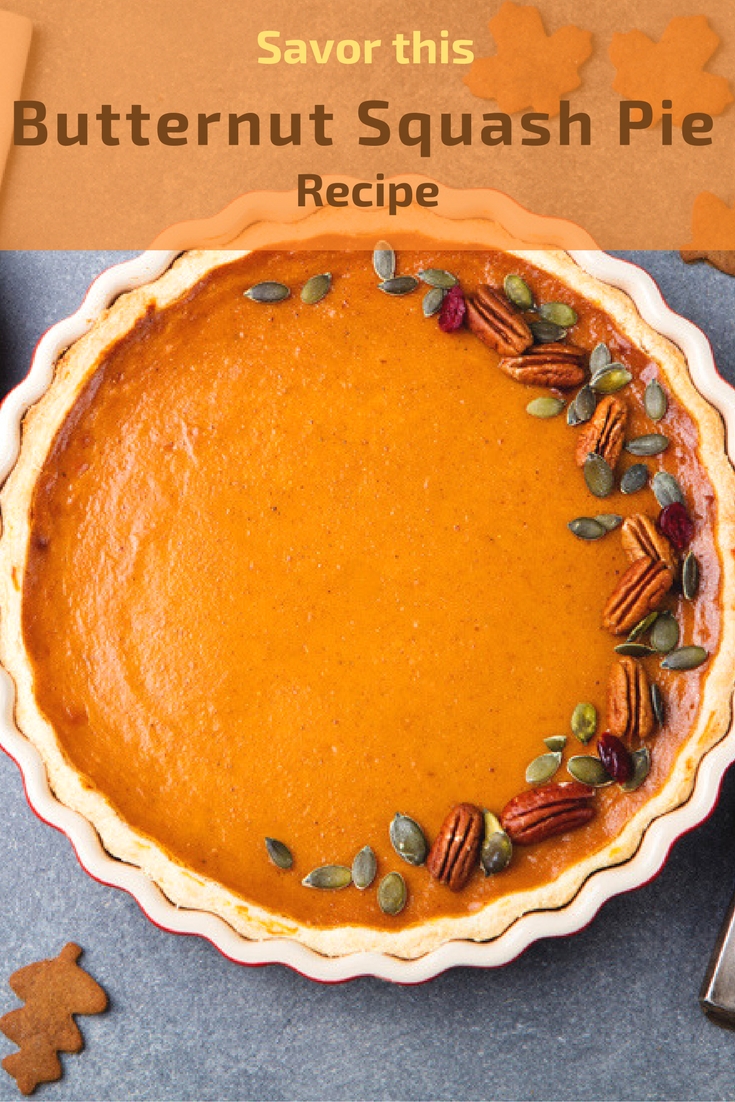 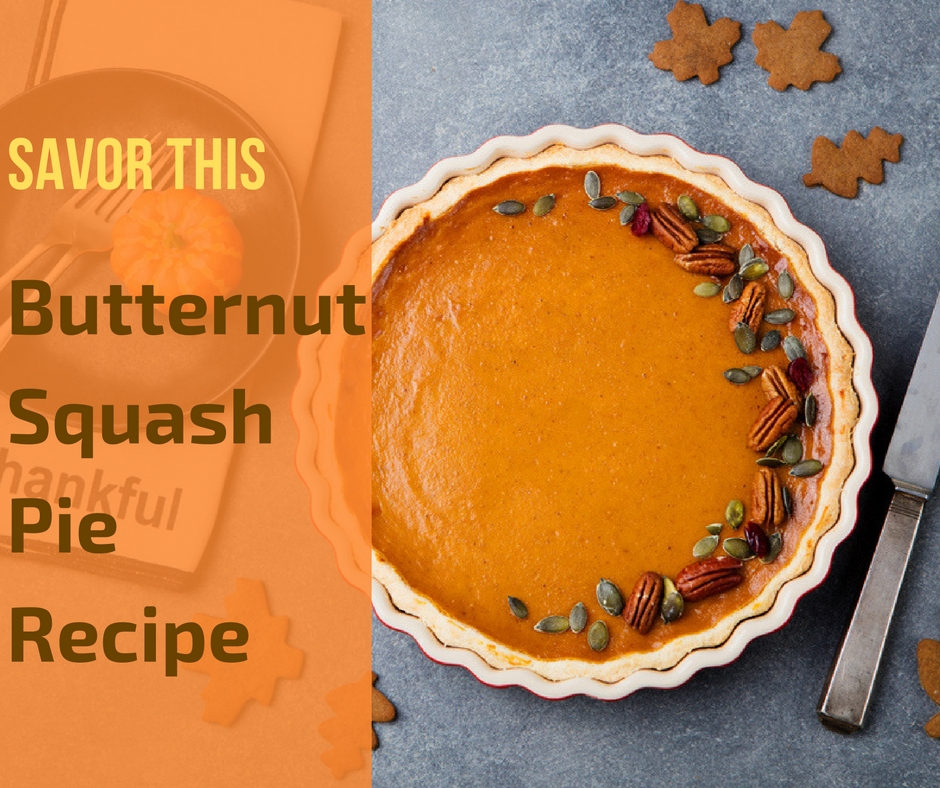